FAILURES
OF THE HIGH COUNCIL OF JUSTICE
УКР
One of the requirements of the Revolution of Dignity was a complete restart of the judicial system. This task was entrusted to the High Council of Justice (HCJ), which is the key institution the judicial system.

This institution makes the final decision regarding a judge's career, namely, appointment, bringing to responsibility, or dismissal. Although composition and name of this institution were changed by 100% after the Revolution, there were no qualitative changes in the work of the institution. Persons "trusted" by the government got there. In addition to political connections, there are some accusations of members of the High Council of Justice similar to accusations of judges who should be cleaned out of the system. The claims are following, not transparent assets, politically motivated decisions, unethical behaviour, etc.

Dishonest judges successfully pass qualification evaluations and win competitions to top judicial positions. Disciplinary complaints against notorious judges, as well as complaints filed by NGOs or whistleblowers have been ignored for years by the High Council of Justice. At the same time, complaints regarding judges who are known for an active public position are considered very quickly. They are often followed by disproportionate punishment on formal grounds.

The NGOs Automaidan, the DEJURE Foundation and the Anti-Corruption Action Center united and described key "failures" of the High Council of Justice, which indicate the inability of the current composition of the Council to fulfil their responsibilities.

It should be noted that the list of the High Council of Justice failures described below is not full and comprehensive. The project contains only the most outrageous and notorious examples of the bias of the current composition of the HCJ. The list of failures is regularly updated and expanded.
The role of the High Council of Justice (HCJ)
submits to the President proposals on the appointment of judges;
provides the consent on arrest or detention of a judge;
dismisses judges from office;
considers disciplinary complaints against judges;
disqualifies judges from the administration of justice, in particular, due to criminal prosecution;
considers notification of judges regarding interference with the administration of justice.
The list of failures

The HCJ covers judges of DACK who were suspected of committing crimes
Earlier, we wrote about how in 2019, the HCJ refused to remove judges of DACK, whom the NABU had suspected of crimes against justice. In 2020, the HCJ continued the practice of covering up for judges of the DACK and repeatedly publicly defended them.
The HCJ is putting pressure on the judges of the High Anti-Corruption Court
The HCJ has launched attacks on judges of the High Anti-Corruption Court (HACC) through the mechanisms of disciplinary proceedings and is interfering in the administering of justice, playing into the hands of subjects of anti-corruption investigations.
Members of the HCJ act on the instructions of judges of District Administrative Court of Kyiv
According to audio recordings published by the NABU, some members of the HCJ discussed disciplinary cases with DACK judges and were instructed on decisions to be made by the HCJ.
HCJ initiated illegal appointment of judges
Only in November and December of 2020, the HCJ submitted applications for more than 50 judges who did not pass the qualification assessment.
The HCJ refused to dismiss the Maydan judge Yevhen Ablov
The High Council of Justice refused to dismiss the odious Maydan judge Yevhen Ablov during its meeting on December 10. Although, the Disciplinary Chamber recommended the dismissal of the judge, he was punished only in the form of severe reprimand with deprivation of bonuses during 3 months.
The HCJ sends judges to honorary resignation instead of dismissal for violations
The High Council of Justice sends judges regarding whom it will soon consider the issue of their dismissal to honorary resignation with the preservation of all privileges and permanent payments.
The HCJ covers judges who make arbitrary decisions in top cases
In January 2020, the HCJ refused to consider complaints against judges of Malynovskyi District Court of Odessa Serhiy Cherevko, Dmytro Perederko and Viktor Koroy. They acquitted with gross violations the Mayor of Odessa Gennadiy Trukhanov and his accomplices in the case of embezzlement of 92 million UAH at Odessa City Hall.
The HCJ applies double standards when considering disciplinary cases
The monitoring of decisions of the HCJ shows that quite often some judges are brought to responsibility and others are not under similar factual circumstances. And this is not the accident or mistake, but the result of conscious actions.
The HCJ didn't suspend suspected judges of Kyiv District Administrative Court
The HCJ refused to temporarily suspend judges, who are suspected by the PGO of interfering in the work of judiciary and organization of adoption of deliberately illegal decisions.

The HCJ blocked the judicial reform
The High Council of Justice (HCJ) blocked the implementation of the Law #193-IX, which foreseen the complete restart of the High Qualification Commission of Judges of Ukraine (HQJC) and cleansing of the HCJ itself from dishonest members.
The HCJ left Maidan judges at their positions
Judges who arbitrarily banned peaceful meetings during the Revolution of Dignity or persecuted protesters should have been dismissed. The HCJ was responsible for doing this. However, almost 70% of Maidan judges retained their positions due to delays and sometimes deliberate coverage.

The HCJ keeps unscrupulous judges as long as possible
The HCJ helps maximally delay, or even avoid, dismissing dishonorable and incompetent judges who were found ineligible by the HQCJ.

The HCJ covers obvious violations of influential dishonest judges
The HCJ closes its eyes to obvious law violations by influential judges or children of influential parents.
The HCJ closes information about its activities
Since 2015, the HCJ has been broadcasting its meetings online. However, from November 2019 it abruptly stopped this and refused to resume them at least for the time of quarantine. Moreover, it systematically refuses to provide access to public information and ignores requirements to publish decisions in open data format.
The HCJ systematically puts pressure on independent judges
The HCJ, with the help of opening disciplinary proceedings and other instruments, deliberately "complicates life" of independent judges. Although according to the law it is intended to protect judicial independence.

The HCJ blocks judges trusted by the society
The HCJ delayed the appointment to the Supreme Court the judge Viktoriya Matsedonska without any explanation or reason. She was one of few judges who spoke in support of peaceful protests during the Revolution of Dignity.

What is the solution?
In our opinion, the reason for these failures
is the procedure of creation of the HCJ.

The head of the Supreme Court is the member of the HCJ ex officio
The only effective way to avoid the above-mentioned failures in future is to change the composition of the HCJ and approach of creating the Council.

We suggest changing the composition of the Council. It is needed to ensure that at least half of its members are representatives of the public sector whom the society trusts (human rights defenders, journalists, representatives of specialized NGOs) with the direct involvement of reputable foreign experts.

Without such changes, we will not see the quality upgrade and cleansing of the judicial system. And our country will be left without justice for ordinary people, risky for investors and the one where the rights cannot be protected. 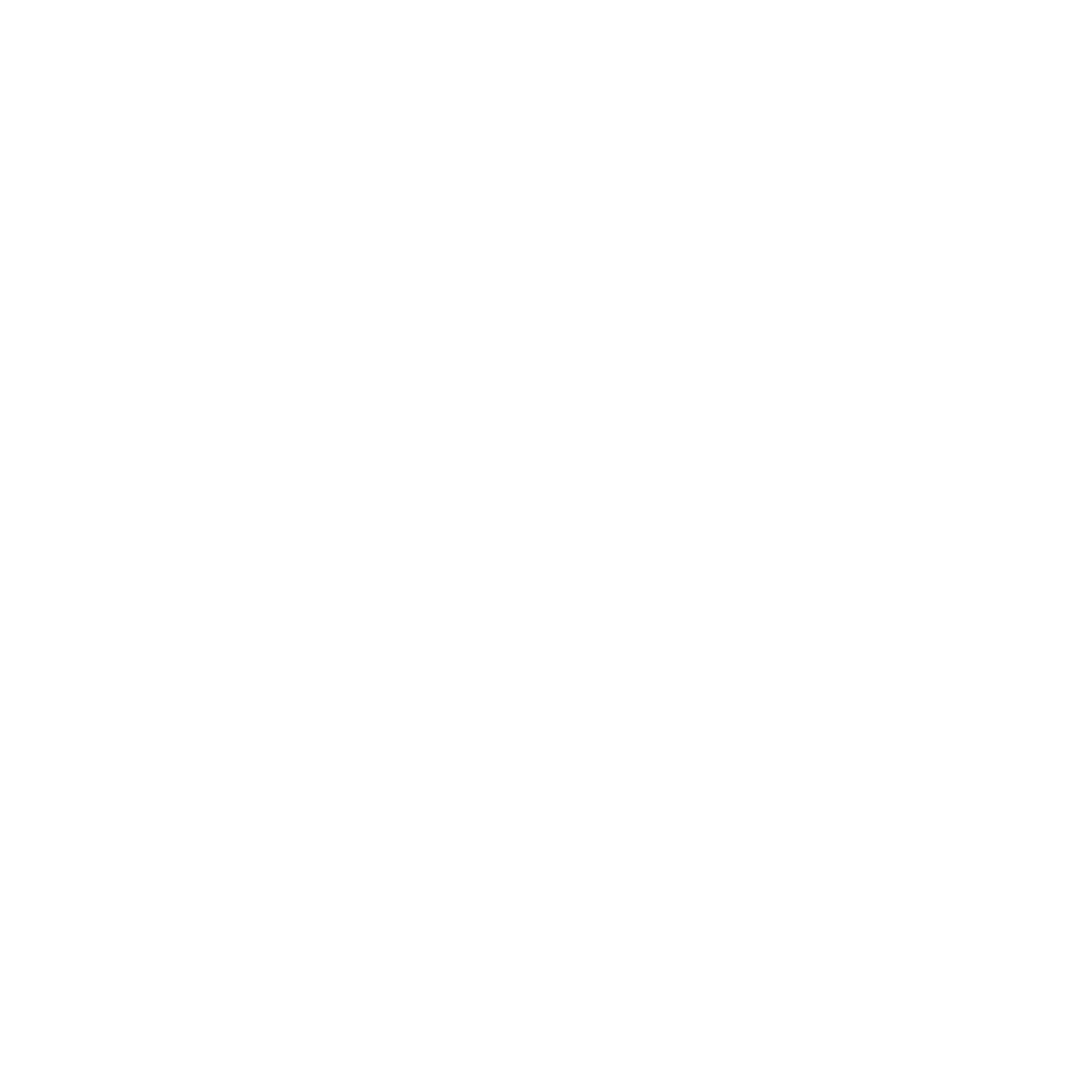 The Failures of the High Council of Justice project was prepared together by the DEJURE Foundation, NGO Automaidan, and the Anti-Corruption Action Center with the financial support of the National Endowment for Democracy and Embassy of the Kingdom of the Netherlands in Ukraine within the frameworks of the Matra Programme.

English version of the project was prepared in the framework of the think tank development initiative in Ukraine, implemented by the International Renaissance Foundation in partnership with the Open Society Initiative for Europe (OSIFE) with the financial support of the Swedish Embassy in Ukraine.

Thoughts and opinions expressed in this project are those of the authors. They do not necessarily reflect the position of the Swedish Embassy in Ukraine, the International Renaissance Foundation, and the Open Society Initiative for Europe (OSIFE).